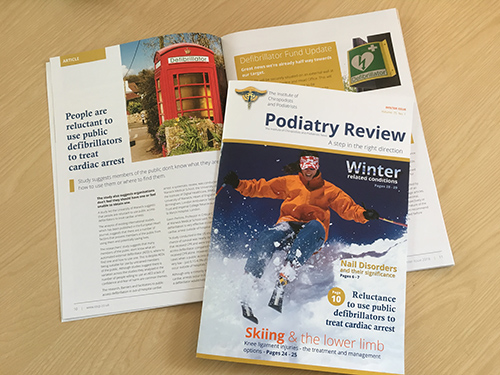 Rationale This should be rationale as in the reasoning behind the article.

A lady in her mid-60s who attended my clinic requested acupuncture since she had been told that it may relieve her symptoms. Whilst taking her full history, which is always essential, she said that her younger sister, who was 4 years younger, had aggressive and advanced Multiple Sclerosis (M.S). The sister was now living in a nursing home since she needed constant care.

My client displayed numerous symptoms of M.S, but after having numerous scientific tests nothing was found. Her symptoms started 2 years previously coinciding approximately with the death of her oldest daughter who died of advanced cancer.

It is well accepted in medical circles that shock, and bereavement can manifest itself in numerous physical symptoms. I realised how little I knew about the symptoms, effects, and treatment of M.S. I therefore undertook some research on the subject which I enjoyed. This article is therefore a result of that research.

I provided 4 sessions of full body acupuncture using the 12 points for relieving nervous tension. She found this beneficial, and helped reduce some of her physical discomfort. This treatment is known to lift depression, reduce joint pain, and provide an improvement in the sense of wellbeing.

About 100,000 people in the UK have M.S. It is normally diagnosed in people aged between 20 to 40 years of age. However it can occur in people who are much younger. It is not genetic, but there is a 2 per cent chance of a child developing MS when a parent is affected. However it is important to remember that this condition is not inherited, but is thought to be the result of faulty genes, and the environment. No single gene is responsible. It may be caused by a lack of Vitamin D. This vitamin we absorb through our skin, and depends on the amount of sunlight that we are exposed to. This may help explain why there are so few cases diagnosed in places such as Malaysia, or Ecuador which are situated much closer to the equator than Britain, Canada, North America, Scandinavia, Australia, and New Zealand. However an over exposure to sunlight can cause skin cancer.

It is considered that M.S may be caused by a virus in childhood such as Epstein Barr which can cause glandular fever (mononucleosis) 2. In such cases taking extra Vitamin D is not the answer since taking too much will cause side effects such as nausea, abnormal heart rhythm, or kidney stones. At the other end of the scale a lack of Vitamin D will cause rickets in children, and in adults Osteomalacia. However sufficient Vitamin D can be acquired through a good and varied diet i.e. oily fish, margarine, cereals, yoghurt, meat, and eggs.

A Swedish study showed that people who migrated when they were young adapted better to the changes in lifestyle in life style than did older people. This was particularly true if the age group was more than 20 years older 3.

In a case study conducted in 2015 by researchers at Mc Gill University in Canada it was discovered that people who were predisposed genetically to low levels of Vitamin D were more likely to develop M.S. 4.

The overall results discovered 4 genetic variants that resulted in low levels of Vitamin D. As such they were at greater risk of developing M.S. Taking Vitamin D after the onset of the disease did not affect the diseases progress. However, much more research into this connection needs to be undertaken.

Smoking is considered to have some relationship to an increased risk of duplicated wordingdeveloping M.S. due to the chemicals in cigarette smoke. But more research needs to be undertaken on this correlation.

Progressive M.S. affects 10-15 per cent of suffers. This results in a steady worsening of symptoms. There are many symptoms including problems with mobility, balance, vision, bladder, bowel control, stiffness, muscle spasms, fatigue, and memory, and thinking. Sufferers can and do suffer from all of these symptoms, but importantly not all at the same time 7.

M.S. is an autoimmune condition. The body’s own immune system attacks the myelin which is a clear white material. It is also known as the medullary sheet surrounding the axis-cylinder or nerve-fibre proper. It is made up of a fatty material containing lecithin, and cholesterol which attributes to the white colour of the nerves 8.

The immune system attacks the myelin in different sections causing inflammation. This results in plaques or lesions which can be seen on ‘an MRI scan’ MRI scan. This scarring of the myelin sheet is known as sclerosis which will eventually result in demyelination, and damage to the underlying nerve fibres. Depending on where this demyelination occurs results in the different symptoms that sufferers experience 9.

M.S. is more common in first and second children than it is in subsequent children in small rather than large families. If one twin develops M.S. then there is a one in four chance of the other twin developing M.S, also 10.

Diagnosing M.S. is difficult since the initial symptoms are similar to other neurological diseases, but a an MRI scan MRI Scan on the brain and spinal cord will diagnose 9 out of 10 cases. A diagnosis can be made with confidence after two similar separate attacks. A neurological examination, balance reflexes, speech, hand, and eye co-ordination will show nerve pathway damage. Another aid to diagnosis is the Babinski Sign which is carried out by stroking the soles of the feet, which results in the hallux lower case ‘d’orsiflexing, and the lesser toes spreading apart instead of the normal reflex action which would result in all five toes plantar flexing 11.

Evoked Potentials Test consists of placing small electrodes on the skull, and recording the brain wave responses to outside stimuli. This allows the neurologist to ascertain the length of time for the Brain to process messages.

Lumber Puncture under local Anaesthetic to examine a sample of Cerebrospinal Fluid.

Blood tests can be used, not as a method of Diagnosis, but to rule out other conditions, i.e. vitamin deficiencies, neuromyelitis optica, which have similar signs to M.S. It causes bilateral (meaning both) optic neuritis, and paraplegia 12.

Only if they are already being treated should they be given Interferon Beta which is currently licensed for patients who suffer from Relapsing, Remitting M.S. This is characterised by at least two attacks of Neurological Dysfunction over the previous 2-3 years, and which is followed by either a complete or an incomplete recovery. They must be able to walk unaided, and it needs to be accepted that not all patients respond to this treatment. Patients who have had a severe single demyelinating event may be treated by Intravenous Corticosteroid. The side effects are numerous i.e. inflammation, hypersensitivity, and necrosis on the site of the infection, fever, chills, myalgia or malaise. These side effects tend to decrease over time.

Nausea and vomiting only occur occasionally. Other side-effects include anaphylaxis and urticarial, blood disorders, menstrual disorders, mood and personality changes, convulsions, alopecia, hepatitis, thyroid dysfunction, and suicide attempts. Interferon Beta should be avoided in cases of severe depression or suicidal tendencies’, and for those with decompensated liver disease. It is also not recommended during pregnancy or whilst breast feeding.

Natalizumb :- For adults the dose is 300 mg administered by intravenous infusion once every 4 weeks. However it should be discontinued if there is no response after 6 months. It has the same side effects as previous with the exception of Progressive Multifocal Leuencephalopathy (PML). Patients must be advised of the risk of these side effects. This must therefore be done before starting this treatment, and again after 2 years. Also the patient should always be given an alert card which will include information, and symptoms of PML.

Fampridine :- Adults dose 10 mg every 12 hours. If there is no improvement within 2 weeks then the treatment should be discontinued. This medication is used to aid walking ability in M.S. sufferers.

Caution is required in cases of sympotmat cardiac rhythm disorders, sinoatrial or antrioventricular conduction disorders. It should not be prescribed in cases of patients with a history of seizures.

Other skeletal relaxants can be considered. Baclofen, Diazepam and Tizanidine act principally on the central nervous system. Cannabis extract has both a central and peripheral action. Dantrolene also has a peripheral site of action. Cannabis extract should be titrated over 2 weeks, and must be reviewed after 4 weeks with a view of cessation if an adequate response is not achieved.

Side effects are as previously stated plus others including an increase or decrease in appetite, taste disturbance, mood disturbance, paranoia, and tooth discoloration. Effective contraception during treatment, and for 3 months after is required for both men and women. Attacks can last for many months, and after a remission period which can vary from patient to patient, a relapse occurs. This can be the result of an injury, infection, or a stressful incident. Some patients become more disabled over time, and the more aggressive type will result in gross disability within the first year. Anything that the patient can do to reduce stress may be helpful. Some may find relaxation therapies can help.

Other signs are nystagmus, trembling handwriting, and a peculiar staccato speech. There is no cure to date, and therefore much more research needs to be undertaken to try and resolve this debilitating disease.

Organisations that provide help, and assistance for people with MS 16.

However there are a number of organisations which can provide assistance, and provide advice to sufferers. These include:-

M.S still requires a considerable amount of medical research before solutions are found. With our change to ageing population urgent action needs to be taken currently before hospitals and care homes encounter large increases in numbers and the subsequent problems. Medical advances are also urgently needed to minimise the suffering of people with this condition, and their relatives who, in many cases, look after them.