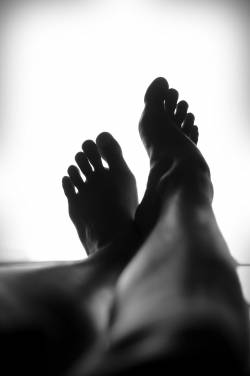 The Sun newspaper has reported that reality TV star Megan McKenna has hit back at social media trolls over rumours she has 6 toes. An image she posted on her Instagram account showed Megan sitting barefoot on her sofa with what appeared to be 6 toes on her left foot. The angle in which she was sitting and the light in which the picture was taken clearly creates this impression. Online bullies were quick to react leaving the TOWIE star upset from the vicious remarks leading to her deleting the image.

The presence of an extra sixth finger or toe (polydactyly), is a genetic birth defect affecting approximately 1 in 1000 babies. Polydactyly of the feet may be more common than is generally realised, as the condition often goes unreported. It can present in one or both hands or feet. A person with polydactyly of the feet may have a fully functional extra toe — complete with nerve endings, bones, and even joints — or the extra digit may be just be a fleshy, boneless nub often found attached to the side of an existing digit, such as the little toe.

It is estimated that 50% percent of polydactyly of the feet are bilateral. In rare cases, there may even be more than one extra toe; the record for greatest number of digits belongs to Akshat Saxena of India, who in 2010 was born with thirty-four of them — seven fingers on each hand and ten toes on each foot.

In many cases polydactyly of the feet causes no health problems, and many people who are born with an extra toe live out their lives with it.

If the extra toe does need to be removed, whether for cosmetic or orthopedic reasons, in most cases the surgery is performed in early childhood, usually when the child is a year old.

In 2015 the Daily Mirror reported that 12 members of one family had 12 fingers and toes, all of whom lived active healthy lifestyles. http://www.mirror.co.uk/news/real-life-stories/fourteen-members-same-family-12-6448609